„VAASTU /VASTU SHASTRA IS SCIENCE DEALS WITH THE ETERNAL PROCESS OF THE SUBTLE ENERGY MANIFESTESTING INTO THE MATERIAL SPACE OR MATERIAL FORM. IN SHORT, IT IS THE SCIENCE OF MANIFESTATION OF ENERGY INTO MATTER.“ Dr. Ganapati Sthapati 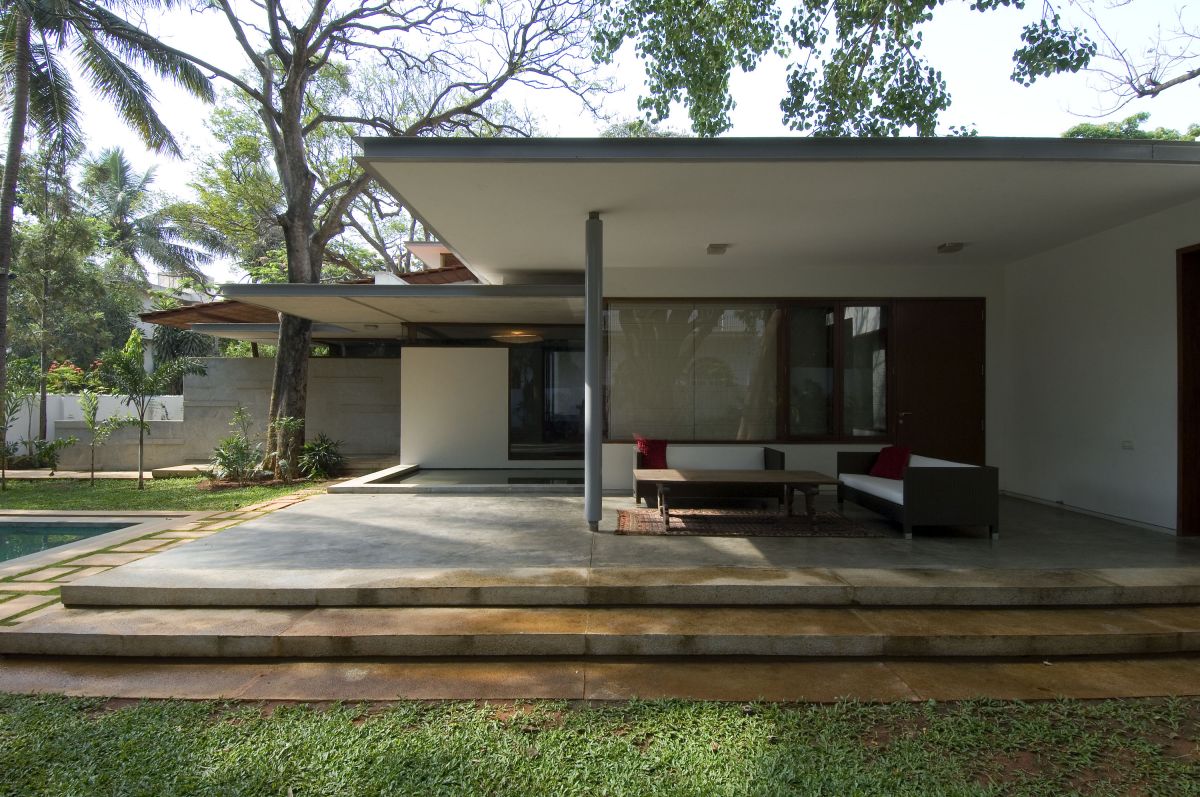 ​​The energy of space and the environment in which life is greatly influenced by man. It affects his mood, health, energy and the state of the spirit. On the other hand man also influences space and space is a mirror of his lifestyle and state of consciousness. One with the other develop a close relationship through various aspects of life.

A man inhabiting the earth is placed within a space to live or work and is placed in a certain energy field of the Earth. Through the vastu of knowledge we know how to affect us energy flows and elements from nature and how best to align with them. Vastu uses the main and secondary sides of the world for orientation and therefore further schedules of five elements, rooms, furniture, colours, shapes, etc.
Angkor Wat, a Hindu-Buddhist temple and World Heritage Site, is the largest religious monument in the world. This Cambodian temple deploys the same circles and squares grid architecture as described in ancient Indian Vastu Sastras.
​The main task of the ancient architecture and art of construction was the decoration of a space for life or work that brings more harmony and positive energy and also enables the fulfilment of material and spiritual needs of the household.

Vastu is the knowledge that comes from the Sthapatya Veda (the doctrine of the construction or the Vedic architecture) which is part of the last of the four Veda (Atharva Veda) and where the principles of construction, architecture and design are detailed in accordance with the laws of nature. This knowledge is also the oldest written knowledge of this, the preforit of modern architecture as well as the popular Feng Shui, written more than 5000 years ago. Ancient civilizations and old peoples had a great art of building that today astounds the modern man. Although ancient science, it fits perfectly in modern interiors today.

Mohenjo-daro is an archaeological site in the province of Sindh, Pakistan. Built around 2500 BCE, it was one of the largest settlements of the ancient Indus Valley civilization.
The word sthapatya (sanskrit) means establishing, establishing or establishing, and the word Veda means knowledge. The purpose of Vedic architecture is to establish a harmonious relationship between man, space and the laws of nature. Here the architect establishes this relationship to make the individual healthier, more creative and more relaxed. Sthapatya Veda encompasses the needs of the human body and the environment into a holistic science.

The word vastu (Sanskrit) comes from the root of vas (live, exist) and the other definition is associated with the meaning of the word dwell. Vastu describes the process through which Vastu (primary, unmanifest or potential energy, quantum field) is transformed into Vaastu (manifest forms and materials, in kinetic energy) that manifests itself through various forms and materials. 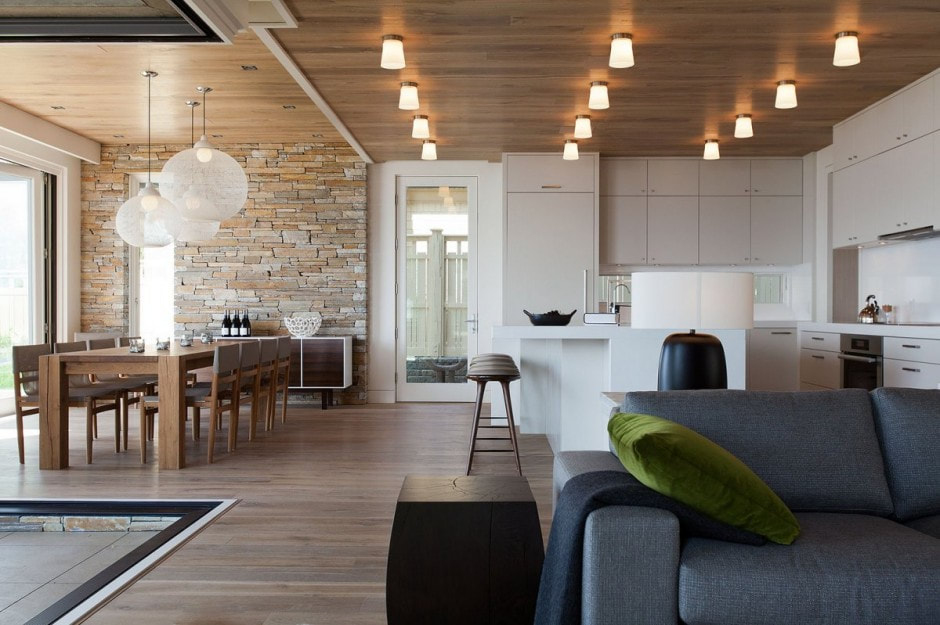 "THE STRUCTURE OF THE VASTU INSPIRED BUILDING VIBRATES WITH COSMIC ENERGY AND THE BODILY INSTRUMENT RESONATES WITH THIS VIBRATION." - Dr. Ganapati Sthapati
Some of the main guidelines of Vastu decoration:

Space is a subtle element of the aether which forms the basis of all matter. The entire planet is run by two global geophysical currents. The dynamic or solar stream flows from east to west while the organic or lunar flow flows from north to south. Energy flows from east to west, from north to south, from northeast to southwest. On each side of the world, this energy has its own quality. The radiation and movement of the Sun plays a big part in the Vastu arrangement where the best potentials of the sun's energy are used (from the rising to the setting sun) on the sides of the world, and that energy is used for the man who lives here, animals and plants. 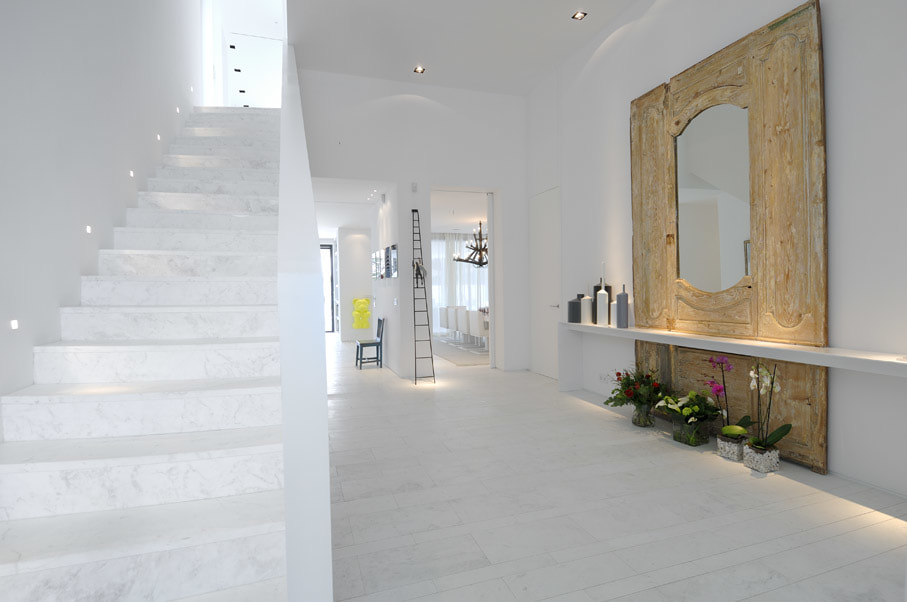 In Vedic knowledge, the entire material creation is influenced by certain energetic movements, so every being, element and thing has certain characteristics that are caused by mixing these energies (tri-guna). They are the energy of Virtue (SATVA), Passions (Rajas) and ignorance (Tamas).
Vastu is made by certain matrices, and the square is a form that is considered a perfect shape because it maintains all the energy in harmonic equilibrium. The corners of these matrices or squares represent the places of concentrated energy that are dynamic and active, and each of them develops the energy of one of the five elements (fire, water, earth, air, space). 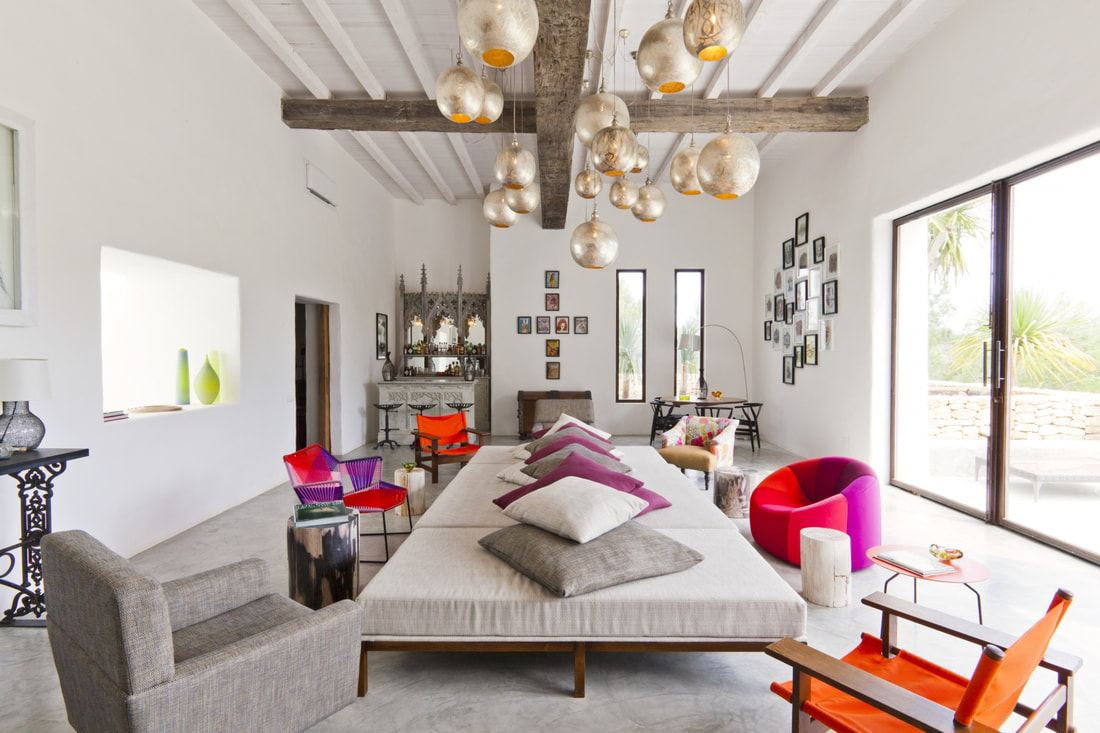 The Vastu decoration can be applied for each interior and for each style of decoration. Deviation from the proper shape of the square, the proportions or irregularities of the floor plan can greatly distortthe symmetry of the space, in these cases vastu is used by certain correction measures. Also, if it is not possible to change the arrangement of rooms or furniture, the measures of correction by Yantri (geometrical depictions of micro-macro cosmos, signs of the planets and deity) are used, which protects the space, mantras (sounds), pyramids, colours, Mirrors, paintings and statues.

Vastu House, Bangalore-Indian architecture of Khosla Associates possesses an incredible ability to build highly modern compositions in conjunction with traditional methods. One such recently completed project includes 5000 thousand years old Vedic design Vastu.
"THE STRUCTURE OF THE VAASTU INSPIRED BUILDING VIBRATES WITH COSMIC ENERGY AND THE BODILY INSTRUMENTS RESONATES WITH THE VIBRATION. TO CREATE AND OFFER THE HOUSE OF SUPREME BLISS , AND TO ENABLE US TO EXPRIENCE THAT SUPREME BLISS HERE IN THIS MUNDANE HOUSE ITSELF -THESE ARE THE PRIMAL MOTIVES OF VAASTU SHASTRA." ​- Dr. Ganapati Sthapati
Read an interesting article:

Vastu: The Yoga of Design