Vastu is a yoga design of space and amazingly detailed architecture of ancient Veda which is the oldest scientific science on architecture, construction, design and manner (more than 5000 years ago) and comes from the Sthapatya Veda which is part of the last (fourth Vede)- Atharva Veda.

The energy of space and the environment in which life is greatly influenced by man. It affects his mood, health, energy and the state of the spirit. On the other hand man also influences space and space is a mirror of his lifestyle and state of consciousness. One with the other develop a close relationship through various aspects of life. A man inhabiting the earth is placed within a space to live or work and is placed in a certain energy field of the Earth. We know through vastu knowledge how we are influenced by these energy flows and elements from nature and how best to align with them. Thus Vastu uses the main and secondary sides of the world for orientation and further arrangement of rooms, furniture, colours, shapes and others.

Vastu looks at the space as a living creature in which the good spirit of Vastu Purush resides. The relationship with space represents the connection between the micro-macro consciousness, the relationship between man and nature, and its close connectedness. The main task of the ancient architecture and art of construction was the arrangement that brought more harmony and positive energy. Vastu is very skillfully connected with the functionality and aesthetics, and they allow the fulfilities of all material and spiritual needs in the household.

Through the course we learn:
-Ancient architecture of Veda, old science in today's era, story of the legend Vastu Purusha
-Basic principles of Vastu, basic principles of interior design
-Understanding the energy flows of the Earth and Man
-Vedic cosmology and astronomy
-Important energy points of space
-Allocation of space by the sides of the world
-Layout of space according to 5 elements: land, water, fire, air, ether
-Introduction to Astrology, 9 planets, their characteristics, areas, rooms, furniture and objects:
Sun, moon, Mercury, Venus, Mars, Jupiter, Saturn, Rahu, Ketu
-Proper layout of rooms in the space, main entrance, doors and windows
-Arrangement of furniture and their quality by the ruler and the elements
-Arrangement of space according to the qualities of nature (Gune)
-Good energy in space, harmony, functionality and aesthetics, ergonomics
-Purification and activation of good energy in space
-Construction, materials, house accommodation
-correction in space by using the measurement correction: colours, yantre, mandala, mantras, chakras, mirrors, pictures, music etc.
-How to harmoniously edit space respecting the laws of nature, functionalities and aesthetics
-Demigods and demons in Vedic tradition
-Practical part: Drawing of the floor plan, analysis, correction measures 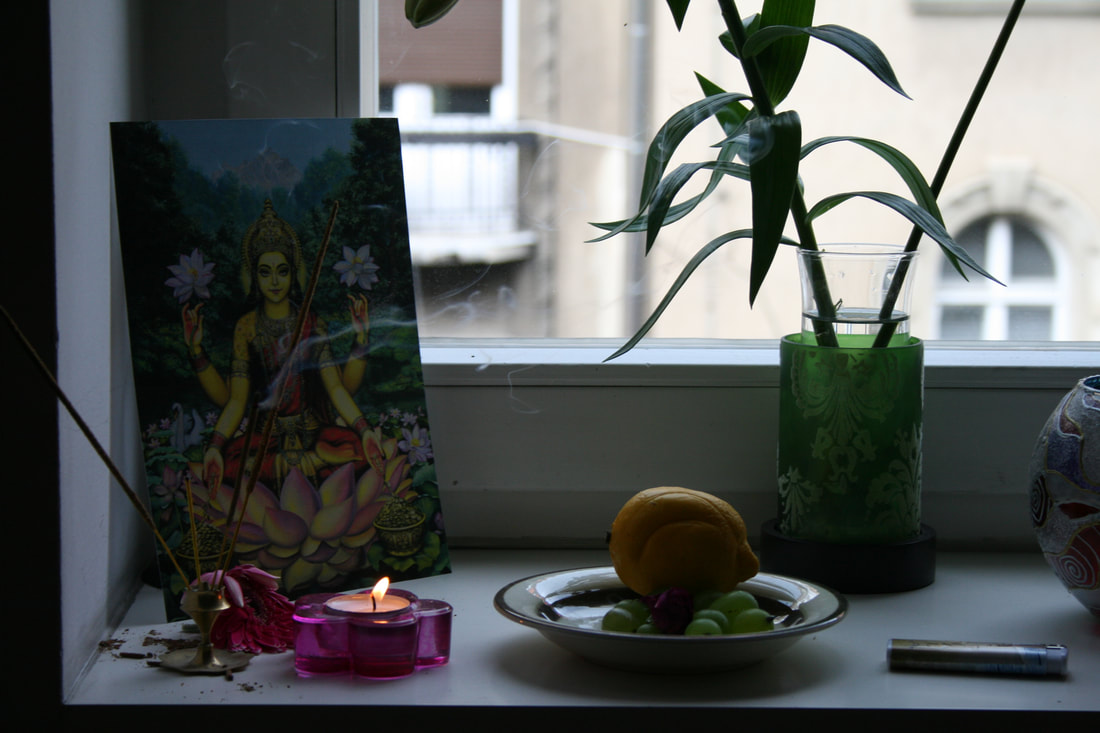 For all information and applications be free to register: sandra.pintaric@gmail.com